skip to main | skip to sidebar

What really motivates your teams?

At last week's FM&BS World Summit in Barcelona, I shared some of the findings from my recent short survey on motivation. I'll post a full set of results shortly, but you won't be surprised (I hope) to hear that what managers think motivates their teams (money and job security) is quite different from what actually motivates their people (interesting and challenging work). Food for thought indeed - maybe it's worth us all taking time to have those effective conversations with the people we work with - we might just be missing a trick otherwise. Ask them, what motivates you at work, and what needs to happen for you to do more of that? Of course, there are things that are outside our comfort zones, and things that need to be done that we don't really enjoy or excel at, but if you can help them do more of what does motivate them, then you're onto a winner!
Posted by Liz Kentish The FM Coach No comments:

Lessons from the Queen’s Diamond Jubilee

I hope you all had a fabulous long Jubilee weekend. In our little corner of Lincolnshire we organised a two-day spectacular, which involved a talent show, hog roast, races, barbecue, disco, beacon lighting, flag raising and on it went. Even the good old British weather didn’t dampen our spirits! We joked that the events would be ‘organised chaos’, but in fact it all went smoothly, thanks to some fabulous teamwork.

Business can learn a lot from the successful Jubilee celebrations! We put together a small committee, each with very clear roles, and an overall goal – fun! Since the New Year the committee met regularly to check progress and to rope in others whose skills we needed.

Every time someone was co-opted to help, they were also given a clear idea of the goal, but otherwise left pretty much to make it their own. We held a fundraising event back in March, so that the Jubilee weekend would not burn a hole in people’s pockets, and were thrilled with the donations and gifts of food, time and manpower! Everyone involved was thanked publicly at the event – this is so critical, as it makes people feel valued, and also encourages them to get involved again next time!

Whilst all this was happening in not-so-sleepy Lincolnshire, we also managed to catch up with the events in London. HM the Queen continues to be a role model to so many; duty above all, and always a smile and a kind word for those she meets. Isn’t this the real core skill of a great Leader? To make everyone feel like they matter and that their views are important? When times are tough as well as when they are good, the Queen has been consistent – again a vital leadership skill.

Every leader needs someone to rely on – The Duke of Edinburgh has shown himself again and again to be a rock. Some of the great leaders I work with will tell you that having a coach beside them is their ‘rock’ – someone who pushes and encourages, never judges, reminds them of the goals, and celebrates with them.

Lots of food for thought for us all from the Jubilee. How was yours?
Posted by Liz Kentish The FM Coach No comments:

I recently came across one of those people – you know the type – the one who constantly says, I’m going to...

I think there are a couple of things going on here:
1. The ‘need’ to do whatever it is just isn’t strong enough
2. It might be the wrong goal or maybe the goal is too big

The biggie for a lot of people right now is ‘I’m going to work less hours and stop taking work home with me’. Did you know that Work Your Proper Hours Day (24 Feb 2012) is the day when the average person who does unpaid overtime finishes the unpaid days they do every year, and starts earning for themselves. So if that’s not an incentive to review the hours you spend either at work, or on work (or both), then I don’t know what is!

What can we do about it?

It may sound simplistic, but you need to review your work priorities – are you doing things that are unnecessary, can be done by others, or can wait? Are you doing things because they are ‘easy’, or maybe you just enjoy doing them?

Check back with your overall objectives, and the business objectives for your department and your company. If what you’re spending your time on is not contributing to those objectives, why are you doing it?

It’s probably time to have a conversation with your line manager.

‘What’s the strangest request you’ve ever had as an FM?’

A few weeks ago I signed up for the 30 Day Twitter challenge – each day brings a new email with a new idea and action to take. Today was to ask a question of my Twitter followers, which would create content for my blog. It’s been hilarious!

‘What’s the strangest request you’ve ever had as an FM?’

Here’s a selection of the best responses:

• Why don’t we get 12 types of tea? (There were 8 already available!)
• Could you 'just' move a 30 foot tree in a glass box in reception to make way for a party?
• Would it be safe for some Orcs on stilts to run around our marble reception?
• Could the Helpdesk stop car drivers peeping their horns outside the building?
• I was asked to dispose of the amputated leg of a polish sailor, we had the only waste incinerator on the islands - it took 4 days
• Put manure on new concrete to make it look older and of course transport the manure in my car!
• Please buy a purple hot air balloon to fly over our HQ and to illuminate it with purple laser lights
• Can we please have somewhere secure for the Robot Mime to store his day clothes? 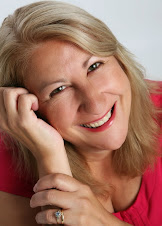 Liz Kentish The FM Coach
Our experienced team of coaches, trainers and keynote speakers offer solutions for you and your teams. We specialise in ‘soft skills’ in FM – helping you become a more effective communicator, manager and leader. We believe Sustainability in facilities management applies to people too. We help you get results – fast, and have recently worked with clients who wanted to: Become more resilient at work Have a clearer sense of direction and focus Be more aware of themselves and their impact on those around them Find ways to motivate themselves when times are tough